The Price Of Life 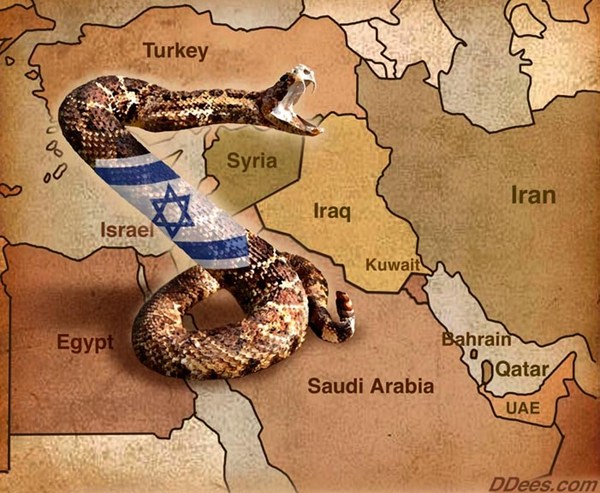 Course, all this crap about wanting to help the Syrian people is nonsense.

Neither Cameron or Obama care about their own countrymen let alone the Syrians.

The war on Terror has claimed millions of innocent lives and reduced once relatively prosperous people into poverty.

In reality, it is all about oil.

In July of last year I posted an article that made mention of some 250 billion barrels of untapped oil in the region.

Both the West and the East want to get their hands on this untapped cash cow.

If the Syrian government falls, Russia will lose a strategic military base there.

As would have it, all this excitement is exacerbating old rivalries between Israel and Lebanon and between Turkey and Greece, with Russia, Syria, Egypt and the Palestinians in the Gaza Strip likely to get drawn into some serious drama.

That places Russia and Turkey on opposite sides, including in the Syrian civil war.  Moscow backs the Damascus regime, a longtime client; Turkey supports the rebels. And, neither appreciates Israel’s newly found oil power, which threatens the entire eastern Mediterranean’s balance of power.

Moscow is not without some links to the riches.  It has strong links with the Greek Cypriots but its offers to help Cyprus is motivated in part by the prospect of losing Russia’s naval base at the Syrian port of Tartus, it’s only toehold in the Mediterranean.  If the Syrian regime falls, Russia loses its military base in the region.  So it’s seeking an alternative base for its Black Sea Fleet in Cyprus – the epicenter of the oil discoveries.

Syria too, has great riches off its coast; a fact not lost on Russia.  If the Syrian regime falls it is certain that Russia’s desire to pick up the pieces (for its own) will be irresistible.

And, make no mistake. The Russians are spoiling for a fight too.

The following is from Press TV:

An outspoken US senator has warned the Obama administration that a military attack against Syria would set off “a major war” with Russia, a key ally of the Middle Eastern country. Read More

The Senator in question being Rand Paul… Son of libertarian Ron Paul.

And then there is the following article from the Daily Beast.

The article deals with an Israeli-American Company being awarded a licence to drill for oil in the occupied Golan Heights.

Israel of course, stole this territory off of Syria.

Now, at any other given time, drilling for oil in this disputed territory would cause a major international row.

However, as it stands, Syria has its hands full at the moment and is not in any position to do anything about it.

So, we could all get nuked because of the black stuff… What price life?

We don’t talk about it as much, but the West Bank and Gaza Strip aren’t the only territories Israel conquered in 1967 over which it’s still arguing. The Golan Heights was taken in the course of horrific battles with Syria, and though Israel annexed the land in 1981, international law (and, not for nothing, the Syrian people) still considers the Heights to be Syrian territory.

Which is why it’s kind of a big deal that Israel has decided to allow an American-Israeli firm to drill for oil there, as reported by Israeli financial daily Globes this week:

A month before U.S. President Barack Obama is due to visit Israel, the Israeli government has awarded the first license to drill for oil on the Golan Heights. The license covers half the area of the Golan from the latitude of Katzrin in the north to Tzemach in the south.

Globes suggests that “a drilling license on the Golan could cause an international fracas,” but I suspect that what with the daily mayhem and horror that Syria currently faces, it’s a good bet that Assad’s government won’t be able to do anything about it—and I further suspect that this fact crossed the minds of those deciding to award the license.

In other personnel notes, as Globes reports,

Genie Energy’s win in the license is highly symbolic for Eitam, who resides at Moshav Nob on the Golan, and fought against the Syrian Army there during the 1973 Yom Kippur War, winning a medal for courage.

There’s another interesting bit of trivia about Eitam. In 2004 he said the following about Palestinian militants in a New Yorker interview with Jeffery Goldberg:

I don’t call these people animals. These are creatures who came out of the depths of darkness. It is not by chance that the State of Israel got the mission to pave the way for the rest of the world, to militarily get rid of these dark forces.

Goldberg wrote that Eitam clarified that “he believes there are innocent men among the Palestinians, but that they are collectively guilty.”

So here’s what we have: a warmongering former American Vice President (and virulent opponent of the current President); a media mogul of dubious ethics; the head of an international Jewish philanthropic entity dedicated to (among other things) “the environment, sustainable development and green energy”; a tightly bound confluence of American and Israeli business interests; and a former Israeli governmental minister who is one caveat shy of advocating mass genocide, all about to benefit from exploiting the natural resources of a large chunk of land that, according to international law, actually belongs to another country.

SYRIA IS NOT THE THREAT… CAMERON & OBAMA ARE. ROFL ROLF