So, we have finally reached the stage where if you criticise a government Ministers decision, you can face disciplinary action at work…

Luckily enough I’m not a probation officer, so I can say what the fuck I like about Chris Graylings decisions or even Chris Grayling himself, the fucking ugly, useless, totally corrupt, creepy looking, pointless waste of a wank.

Chris Gayling was a producer at the BBC in 1986 so he must have known about the nonces… Since he didn’t speak out then or since, he must be a nonce himself.  Hardly surprising he joined the Westminster puppet show then.

The dried bogey has a tendency to ignore statistics and make his own up… So he’s either a thick cunt or a lying cunt.

Here’s what Wikipedia said about him:

Between 2001 and 2009,Grayling claimed expenses for his flat in Pimlico, close to the Houses of Parliament, despite having a constituency home no further than 17 miles away[and owning two buy to let properties in Wimbledon. Grayling says he uses the flat when “working very late” because he needs to “work very erratic and late hours most days when the House of Commons is sitting.”

During the Parliamentary expenses scandal, The Daily Telegraph reported that Grayling refitted and redecorated the flat in 2005 costing over £5,000. Grayling said that both the water and electrical systems failed “leaving the place needing a major overhaul”.

So! Remind me again why the dictatorial, wet fart is in power? 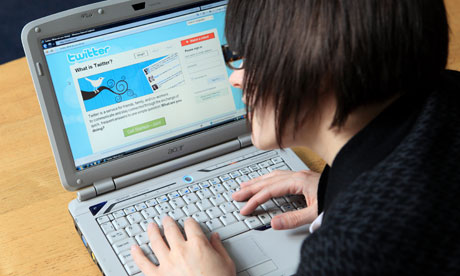 The justice secretary, Chris Grayling, has issued instructions that probation officers face the risk of disciplinary action if they publicly criticise on Twitter or other social media his plans to outsource 70% of their work with offenders.

The wide-ranging gag includes “any comments that are made in criticism or designed to undermine the justice secretary’s policy or actions”, and even warns that retweeting others’ comments will be taken as “incitement or approval”.

The ban was announced by Michael Spurr, the chief executive of the national offender management service, which runs prisons and probation, in a recent teleconference call with probation trust chief executives.

“He advised that the government are unhappy with CEOs and other senior managers being critical of government policy, regarding Transforming Rehabilitation on Twitter,” said one probation trust senior manager.

“He told them to behave like civil servants as they are being paid by the government. So much for free speech and democracy. It seems government policy cannot be questioned in public arenas. I am furious that staff and managers are effectively being gagged in asking questions and objecting to the direction of travel.”

The move follows the shutdown last week of a popular police blog after officers were also put under pressure for unofficial tweeting. The education secretary, Michael Gove, has also adopted an aggressive response to social media critics of his policies.

Spurr’s teleconference call led to new instructions on the use of social media being issued this week by probation trusts across England and Wales.
The email from Caroline Corby, the chair of the London Probation Trust (LPT), is typical to board members and probation chief officers: “If you associate yourself with London Probation Trust through the publication of details about your role as an employee, or Board member, you must not make or endorse any postings or tweet that may bring LPT, the secretary of state for justice or officials acting on his behalf into disrepute.”

She says failure to comply with this rule may result in disciplinary action and for probation trust board members that could include suspension or removal from office if the justice secretary takes the view that there is a loss of confidence or a breakdown of trust involved.

Corby adds that for the “avoidance of doubt, the following are non-exhaustive examples of unacceptable postings, endorsements tweets or retweets”. The list not only includes the usual ban on derogatory statements and offensive or abusive comments but also “comments that are made in criticism or designed to undermine the justice secretary’s policy or actions” and “political campaigning under the banner of the London probation trust”.

One probation blogger has pointed to a recent now deleted tweet by Heather Munro, the LPT chief executive, as an example of the government’s desire to keep a tight lid on any bad news. Munro had questioned a claim by Grayling that the London community payback contract now with Serco had delivered savings of 40%. She described it as “pure fantasy” and said savings were “nearer 20%”.

A ministry of justice spokesperson confirmed that the new policy applied to all probation service staff and not just chief officers: “We have not gagged anyone. There are channels for people to express their views, but it has always been the case that public bodies and their staff are expected to act impartially to preserve their integrity,” he said. “The government has engaged with trusts every step of the way during the consultation on the proposed reforms and will continue to do so.”

The official consultation period of Grayling’s plans for the probation service has just closed. He is proposing to outsource all probation work with medium and low risk to private and voluntary sector providers on a payment by results basis. He has yet to give his final response to the 580 written submissions made in response, many of them highly critical.