*Can Ken Smith who wrote to me by post please contact me via SKYPE at chris.spivey36 or by email at sp-iv@hotmail.co.uk – Can Christopher Ricketts please do the same.

Apart from an outright confession, surely there is nothing more that a Police and Crime Commissioner could say that covertly acknowledges the level of police brutality being carried out by our – untrained, unprofessional, uncouth, unintelligent, uneducated and doubtlessly many more applicable un’s – Police Orifficers, than the article following this foreword & film show.

The actual article itself is in regard to Essex Police and Crime Commissioner, Nick Alston’s latest breathtaking, birdbrained idea.

Alston, who for obvious reasons has featured heavily of late in my musings, is in his ‘wisdom’, apparently “looking for people to give up their time to monitor the conditions in police custody and the welfare of the people kept there”.

Why? … As in why the fuck do we need members of the public to monitor the conditions in police custody and the welfare of the people kept there?

I mean, shouldn’t those “conditions” – albeit vague in detail – at the very least be up to standard and preferably above what is acceptable, regardless of what they relate to?

Like wise should the continued well being of those in custody not be assured and indeed paramount?

After all, not only are those detainees innocent of any wrong doing in the eyes of the law, they are also human beings (in principle anyway).

Therefore, the fact that PCC Alston deems it necessary to employ ordinary citizens to make sure that the “conditions in police custody and the welfare of the people kept there” are as they should be must logically mean that our Police Officers can not be trusted… Unless I am missing something?

And if I am not missing something then these Cunstables need rooting out and severely dealing with… And I am not talking about “Be more discreet PC Truffles, next time it will be a written warning”.

Course, Alston, like the rest of the country’s PCC are a waste of public money. Indeed, voting for your county’s next PCC is as pointless as it is voting for a political party in an election.

Indeed, as Alston has shown over the past few months, the only thing that would be capable of making these piss-takers spring into action for the benefit of the public is a catapult.

I mean, what has Bolton’s PCC done about Pork Cuntstable Gary Howard, from the Bolton police?

Pig Howard, not only clearly doesn’t know the law that he is supposed to uphold. but also seems under the impression that it is part of his job to insult, intimidate and bully the public, not to mention make extremely serious threats.

After all, the evidence of Pig Howard’s crimes are clearly evidence in the video below:

Hmmm, I suspect PCC Tony Lloyd has done fuck all.

And in this next video we can clearly see how vindictive the Greater Manchester Gammon are when they get owned. Indeed, what the scumcop does after being humiliated in front of his clueless back-up is try to make a criminal out of his victim… I imagine Manchester PCC was on it like a bonnet… Then again, I imagine that he wasn’t

Coventry plod are just as rude, ignorant and intimidating as the rest of our police forces, as you will see in this next video where a plod wrongfully tells a home owner who refuses to be intimidated into letting the thug in to his house that “I don’t need your fucking consent”.

Course, the Right Orrible Transvestite Homo Secretary Terry May would also disagree with the copper… And as an aside Terry Tubby May is known to be a fan of mine as was evidenced when regular reader of mine, Pongo tweeted him-her… After all, why else would Tel-boy have favourited his tweet?

And as you can also see, Princess Di’s brother is a fan too since he retweeted me – despite “me” being Gallows on this occasion.

Thanx Tel, thanx Charlie and here is that aforementioned video:

I’ll bet West Midlands PCC David Jamieson didn’t half tear the force a new arsehole for that abuse of power. In fact I very much doubt that he did anything at all.

Meanwhile, Merseyside plod appear to have fuck all better to do than harass the public and try their best to find a reason to arrest them.

Indeed, going by the Porky Pig’s face in this next video, it is a good job that his victim had a camera.

And sticking with the Scouse plod, do you reckon that the Liverpudlian PCC, Jane Kennedy told the Puddled Plod in this next video that he might be more suited to a shelve stacking job.

Now quite obviously, the West Yorkshire Terriers have been given the 2012 USA Terrorist Identification Chart to study… There surely cannot be another reason for such bizarre behaviour.

That is apart from crass stupidity of course. 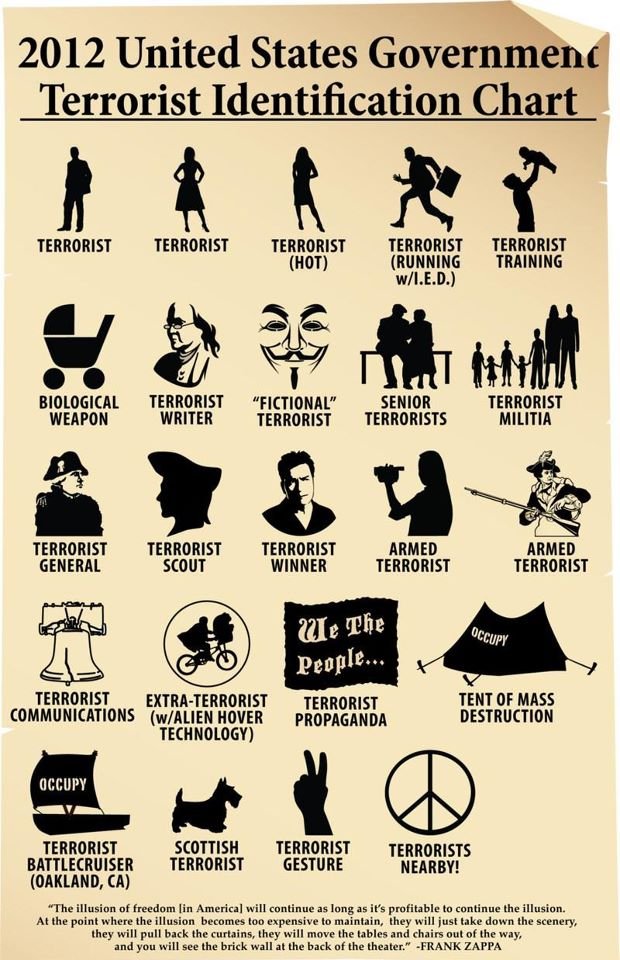 And what better way to end this little film show than with my very own Southend plod…  Now, I don’t know about Mark Burns Williams Bottom – or whatever the posh named West Yorkie Bar PCC is called – but this film footage proper made me cringe.

Now frighteningly I could have added dozens and dozens more videos all along the same lines as the ones above.

And whilst I can’t speak for you, fuck me backwards if these clowns don’t put the country to shame.

VOLUNTEERS are needed to help make sure prisoners in custody are treated fairly.

Police and Crime Commissioner Nick Alston is looking for people to give up their time to monitor the conditions in police custody and the welfare of the people kept there.
The scheme is designed to improve conditions, protect detainees and reassure the public and is called the Independent Custody Visiting Scheme.

Volunteers should be aged 18 or over and are expected to carry out four visits a month and produce reports.

Mr Alston said: “The scheme is absolutely essential in ensuring the treatment and rights of individuals being detained are respected.”

Anyone interested in becoming a volunteer for three years should contact administrator Katy Sparrow via email Katy.sparrow@essex.pnn.police.ukor by phone on 01245 291 608.

The role is not paid but reasonable expenses can be claimed.

The King And Us, by Yarn & Hamer If you believe they put a man on the moon