If nothing else, Stephen Birch, the South African businessman who believes that he has located Madeleine McCann’s body under Robert Murats driveway is persistent.

I often speak to Stephen on the phone or on facebook. Or should I say Stephen often speaks to me. Trying to get a word in edgeways is about as difficult as getting the Portuguese authorities, Robert Murat and the McCanns to act on Stephens  findings… Boy can the man talk.

Then again, Stephen is a man who is passionate about anything that he believes to be true and there is fuck all wrong with that in my book.

Instead of wasting millions of pounds on improbable wild Goose chases, Operation Grange – the British enquiry into Madeleine’s disappearance –  should be insisting on being allowed to probe Murats drive.

At least that would put an end to the speculation. It aint fucking rocket science, don’t cha know.

The following article is Journalist Chelsea Hoffman’s take on the situation. 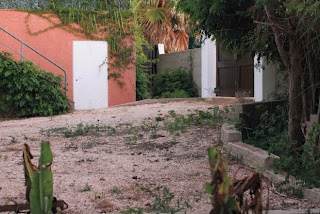 Many of you are aware of my strong suspicions that Madeleine McCann was murdered, and that she was never truly missing. Of course, I am not the only person who has this theory, but one man has sleuthed his way into a theory that is too frightening not to explore. Stephen Birch believes that Maddie is located under the driveway of Robert Murat — a man who has already been cleared of suspicion in the abduction of the British tot. Stephen believes he found these remains during a search of the Murat property using specific equipment that showed anomalies beneath the surface. The big problem with this discovery, however, is that nobody appears to be willing to excavate the driveway. Why?

Stephen Birch illegally examined the driveway belonging to Robert Murat — something he admits to doing — but he has good reason. He chose to leak his findings after returning to South Africafrom Portugal. For that, he deserves a world of thanks.

We need to push for this property to be excavated. Officials both in Portugal and with Scotland Yard need to stop ignoring the very obvious anomaly located beneath the surface of Murat’s driveway. If the anomaly turns out to be something unrelated to the McCann case, then so be it, but until this driveway is excavated, we will likely never know. Please watch the video below for a better understanding of what Birch discovered:

To watch the You Tube Video, Click HERE
The scan is certainly proof that there is something buried beneath the surface of the driveway — and it’s a chilling thought to consider that this anomaly could indeed be the remains of Madeleine McCann — who Birch believes was killed and buried as early as May 3, 2007. As you have seen from the video, there appears to be a weak spot indicating a disturbance in the soil — i.e. digging. This is conclusive with the soil disturbance that goes with digging and filling graves, but on a smaller scale. Considering little Maddie was a small tot at the time of her presumed death, it’s easy to see how this could in fact be the finalpiece of the puzzle leading to her whereabouts.

Please sign the petition to convince officials to excavate this property and locate Maddie’s remains once and for all!

If Madeleine McCann is beneath the surface of Robert Murat’s driveway, then what does that mean? Who killed her? Who put her in the ground? Who all was involved? I can’t offer any insight on this. I’ve long held onto the theory that Kate and Gerry McCann were either involved or complicit in the death of their little girl, but there is always just so much drama and confusion with this case, that I will admit anything is possible. Robert Murat has already been cleared as having no involvement, but if the child is encased beneath his driveway then how could this happen without at least his knowledge? Birch believes that Murat built the driveway to prevent dogs from digging up Madeleine’s remains — so that pretty much makes him involved, at least in the disposal of a corpse.

It’s downright suspicious that neither Robert Murat or the Portuguese officials will permit a probing or dig excavation of this site. If Robert Murat had nothing to do with this, then why would he at least want the closure of knowing she’s not in the ground under his driveway? — Unless of course, he suspects Stephen Birch is right. At this point, there is no need for speculation on who put Maddie in the ground (if she’s there) or who killed her. Right now the heat needs to be put on Murat and the brass in Portugal to excavate this property. In the meantime, maybe someone should ask Kate and Gerry what they think of this.

Nice work if you can get it. What A Hunt.