When TPTB want a story buried the MSM are certainly very accommodating.

The story that I am specifically referring to is that of the  suicide of the Nurse Jacintha Saldanha.

You may remember that Saldanha  hung herself following a prank phone call from an Australian radio station in which she quite  kindly put the hoax call through to Kate Gold Digger Smiths  private hospital room in early December 2012.

I did in fact cover the story quite extensively at the time.

You can find one of those articles by clicking  HERE

The Inquest into the Nurses death was due to be held in May of this year. However, the inquest started as scheduled only to be almost immediately adjourned.

Anyway, I knew for definite that the Inquest was scheduled to resume sometime this month, and so I went in search of the date… Only to find that it should have taken place on the 12th.

However, on the 9th – 4 days before the inquest was due to get under way – it was again postponed due to the coroner wanting more information.

Now call me a cunt if you want, but an inquest on a suicide that took place over 9 months ago and which has now been postponed twice in order for more information to be forwarded is a bit fucking suspect in my book.

In fact, call me a thick cunt if you want, but I was under the impression that an Inquest was held in order to determine the cause and circumstances surrounding  a death.

So, what fucking information could the Coroner possibly want that still apparently hasn’t been ascertained over 9 months later?

Mind you, I suppose the required information could be the identity of the nurse who took the call from Jacintha… No cunt seems to know who the fuck she is, despite her being the real ‘victim’ of the hoax call.

Moreover, I scan the MSM daily yet I saw no mention of the Inquest what so ever – hence the need for me to search out the date.

In doing so, I found the following article.

Rather strange for what was an absolutely   massive story at the time, don’t cha think? 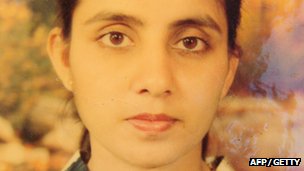 An inquest into the death of a nurse found hanged after answering a hoax call for the pregnant Duchess of Cambridge has been adjourned again.

MP Keith Vaz who has assisted Jacintha Saldanha’s family, from Bristol, since her death last October said there was surprise at a second adjournment.

The decision on the inquest – due to start in London on Thursday – has left her family “rather disappointed”.

Ms Saldanha answered a call at King Edward VII’s Hospital in central London on 4 December from two Australian DJs pretending to be the Queen and the Prince of Wales.

They said they wanted to speak to the duchess who was being treated for acute morning sickness.

Speaking on behalf of her family, Labour MP Mr Vaz said: “They were surprised to hear that the inquest has been adjourned just a few days before it was due to begin.

“They are rather disappointed at the decision as they have been waiting for nine months and this is the second time the inquest has been adjourned.

“For them the inquest represents closure.

“We very much hope we will have a new date set soon.”

The inquest was first scheduled for early May.

A spokesman for Westminster City Council, which handles media inquiries for Westminster Coroner’s Court where the inquest was first opened, said the adjournment was because Dr Wilcox was “seeking more information”.

“We hope to have a new date within a few days,” he said.

The inquest at the Royal Courts of Justice is due to hear evidence in person from Mel Greig of 2Day FM who made the prank call with Michael Christian.